The wake up call was super early, 4am to be exact, but it was okay because we had to catch our flight from Beijing to Xi’an, the first capital of China.  The hotel prepared boxed breakfasts for us that we ate a few bites of on the way to the airport.  Around 1 in the afternoon, we finally arrived in Xi’an.

It was a rainy day so we had to move our itinerary around a little bit but it all worked out in the end!  Directly from the airport, we went to the Muslim Street which is this hectic street market.  The Muslim Street looks just how I pictured China looking and smells just how I pictured China smelling.  There are thousands of different food being prepared in carts scattered around the street and countless different stores selling everything from cigarettes to counterfeit handbags to rice.  Joanna, Kamryn, and I went around on the street and tried some of the different “street meats,” my favorite had to be the lamb on a stick!

After the Muslim Street, some of us decided to go get a massage.  In China, massages are a fraction of what they cost in the United States so this was an opportunity that I could not pass up!  The massage place was somewhat sketchy but it was definitely a fun bonding experience.  After the massages we all went for a dinner and a show at the Tang Dynasty Dinner and Show.  It was some of the best food that we had and the performers were amazing. 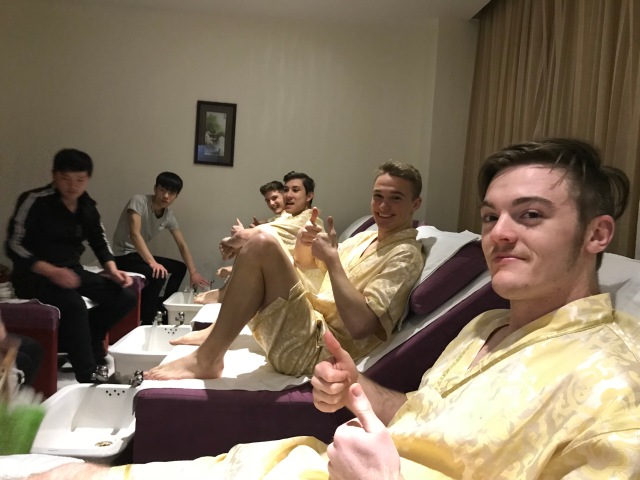 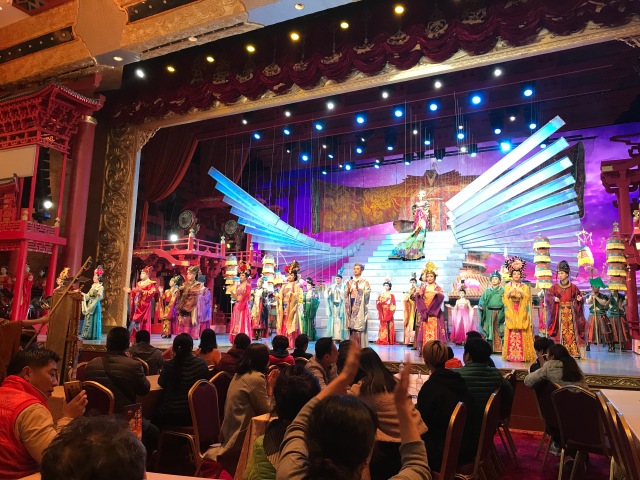 Our wake up call was super early today as well.  We all went down to the lobby for our breakfast before we loaded up onto the bus to go and see the Terracotta Warriors.  From the way it was described to us, I thought that the warriors were in the city, but oh was I wrong.  In reality, the warriors are a two hour drive outside of the city.  After this excruciating drive, we finally arrived at the Terracotta Warriors Museum.  The warriors were amazing to see.  The Warriors were buried in the ground, and there are THOUSANDS of them, so the area is still very much an archaeological site.  The different pits, the holes where they are digging up warriors, are covered by massive buildings that look like airplane hangers.  Inside the hangers, you can see the thousands of warriors that are being rebuilt by archaeologists.  While the site was really cool at first, after a few hours I was very ready to move on to our next event.  After the warriors, we had a traditional noodle lunch.  It was really cool to watch the chefs make the many different kinds of noodles that we got to try.   After lunch, we got onto the bus for the ride back into Xi’an.

When we got back into the city, we went to an art museum where we took a tour and then had a traditional Chinese calligraphy lesson.  I am very non-artistic so I didn’t enjoy the calligraphy all that much.  Then we went to the Big Wild Goose Pagoda which is a massive Buddhist temple. We climbed the seven stories to the top of the pagoda and the views of Xi’an were amazing.  After we climbed, I went to the gift store to buy Buddhist prayer beads for my family.  After the Big Wild Goose Pagoda, we went to the ancient city wall where we were supposed to ride bikes on the wall.  We got to the wall and Kamryn and I decided to take out a tandem bike because she just had ACL surgery and couldn’t bike by herself.  It was a terrifying experience but was super fun as well.  The Festival of Lights was still going on so a part of the wall was covered in massive lanterns.  Kam and I walked through the lanterns and ended up being super late to the bus but it was 100% worth it.  After this we went back to the hotel for a hot pot dinner.  On day 6, we are off to Guilin and Yangshuo! 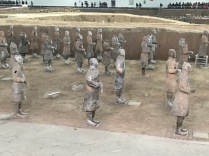 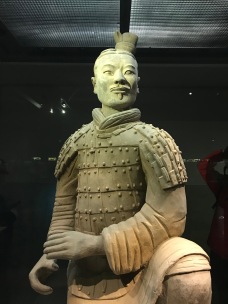 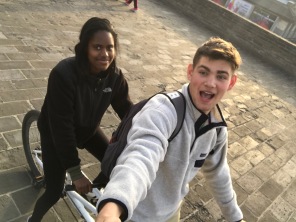 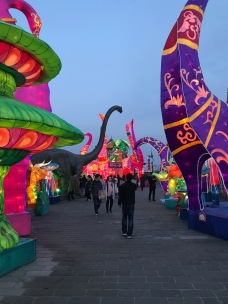 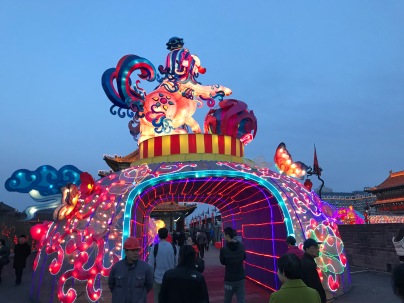 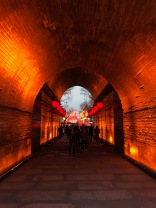 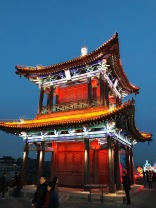 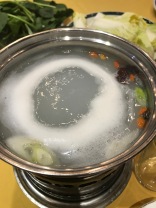