As the humidity of Bangkok is weighing us down, we managed to take a tour around the King’s temple, palace and street shops yesterday. It still hasn’t hit me that I am in Bangkok, almost half way around the world with my friends. We are having a wonderful time in the city so far, touring and experiencing the Thai culture.

Yesterday, after my blog post, our group went to the riverside to take the boat up to all the sights. First, right after we got off the boat, we walked around this open flea-market that sold all kinds of jewelry, food, drinks, shoes, bags, old coins, you name it and they had it somewhere along the streets. The King’s temple and palace were amazing. There was so much detail in the murals, the outside walls covered with jewelry and gold, etc. We could tell that the place belonged to a royal family. Another thing that was all around was the Buddha. There were temples that people worshipped inside the palace but photography was prohibited. But, we were able to see the “Reclining Buddha,”

By the time we went to the palace, the boys had to put on pants because people with shorts were not allowed to even see the palace. That was something that everyone struggled with the most yesterday: dealing with the appropriate attire in the dead heat. The boys looked good in their pants, some wore them over their shorts. Anyway, we went inside to see the temple and the palace; and the outside of the buildings were spectacular. I think John-Michael was a really big fan of the gold temple. Maybe it was from the shock of the beauty of the buildings, but we were pretty tired by the end of the King’s temple. We managed to have fun at the same time.

After the sight-seeing, we went to more vendors and each found a place to eat. I picked Pad Thai. Then we took the boat again, to climb this building. To be honest, I don’t remember the names of the places we went to. But there are pictures! This shrine  had really steep steps and we all climbed up to the top except Wei-Hao. His excuse was a bad shoulder… My knees also hurt while climbing up, but after seeing the view from up top, it was all worth it. The view was absolutely beautiful.

We are all happy and safe. Tomorrow we go into Chang Mai. It’s pretty late right now. I promise I’ll blog about today tomorrow morning. I know I am behind, but there is more to come! Yay Thailand!

P.S. if the pictures are not uploading, check out my flickr account, I will upload more pictures from Day 1 soon. 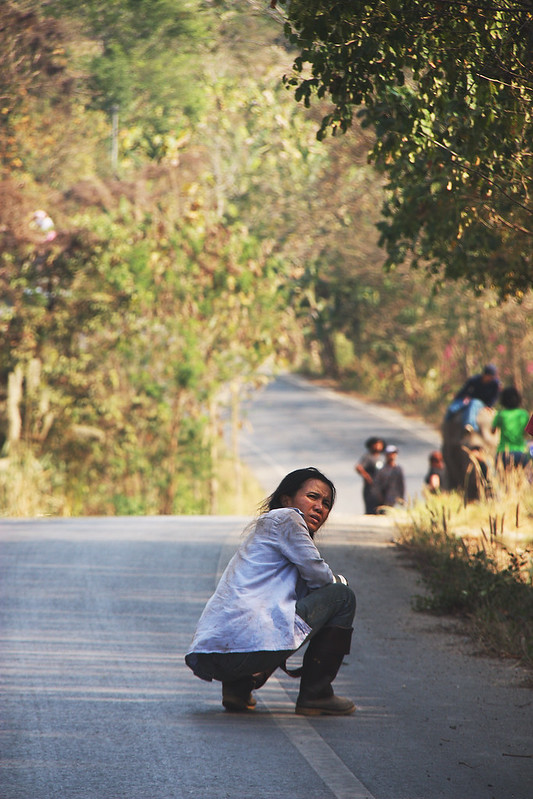 4 thoughts on “For Now By Lynn in Thailand”