Yesterday we visited a refugee camp and a Bedouin community. Both were really good to see because they show how bad some conditions are for Palestinians. The woman who spoke to us at the refugee camp was for a one state solution. In her eyes she can’t see a coexistence, which we questioned her about. Talking to this woman was a good contrast between the settler we talked to. Both did not acknowledge the other’s right to the land. This was good for us to see because it gave us a sample of people on the Palestinian side whom are not ready to work together. The people in the Bedouin community have lost all but two structures to live in. These photos show what is actually going on.

Going to the house of a Bedouin.

Traffic created by a check point: 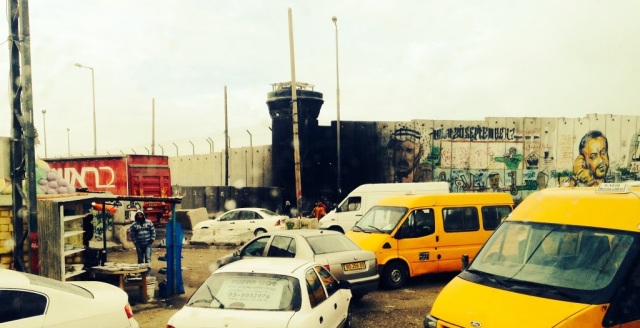 We left the Old City and are now with our host families in Ramallah! To get to our hotel in the Old City our large group of 26 people all rolled our bags up through steep inclines with cobblestone. Last night we found washing machines on the roof, but found at midnight that the dryers did not work so we all hung clothes outside in an attempt to dry them by morning. I’m pretty sure that the washers were only for the hotel towels but, hey, we tried. 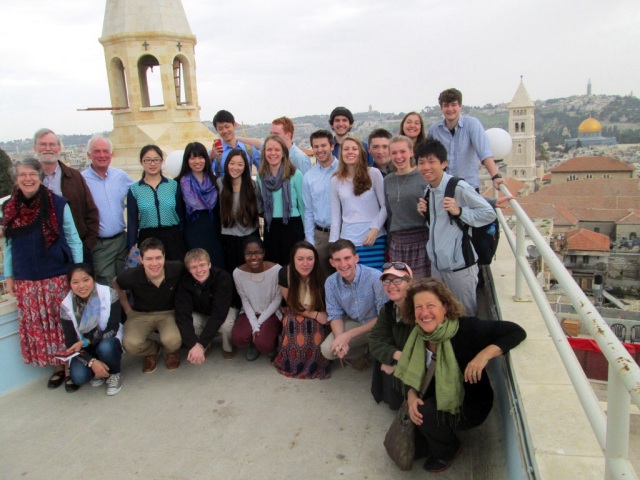 Monica and I are staying with a really wealthy Palestinian family right now. It really surprised me how much they have. They have guards and like four houses in one, maids, and cooks. At first I was like, how are they oppressed? After talking to them, I understand that event though they have so much, unlike the majority of Palestineans, they still feel the racism every time they are rejected at checkpoints and run into other walls when trying to get basic things such as a permit so that they can get medical help.