Over the end of last week we powered down and finished most of the smaller samples that we had to get through. During my last week, we’re finally going to break into the specimens that got the “dinosaurs and oversize” department its name. There are some things that I’m still not really experienced enough to do much with, like these brachiosaur vertebrae: 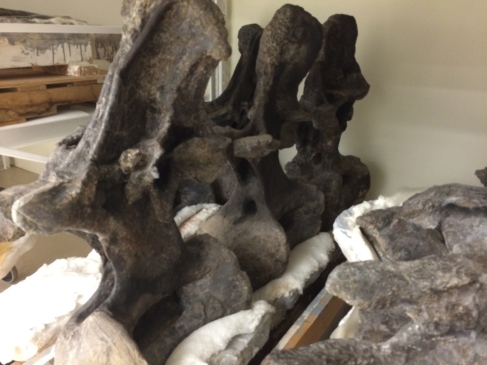 …but I did get to attempt to fix about half of a rib and the lower quarter or so of a femur, which was cool. 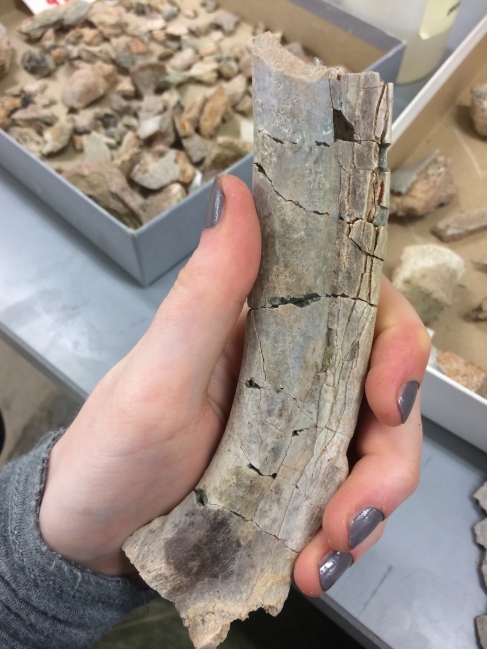 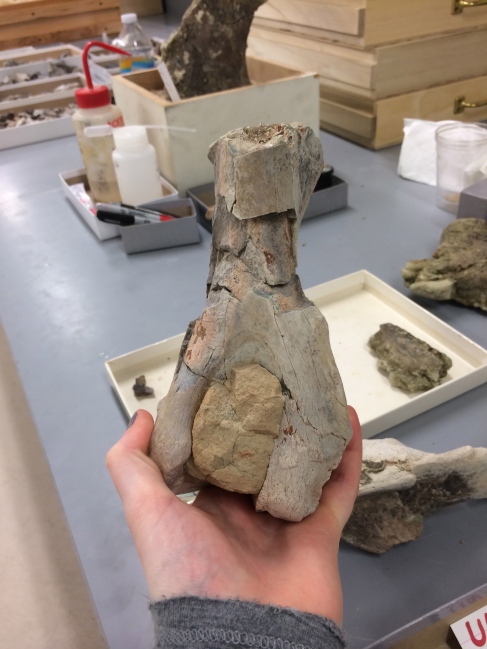 We also found what we thought may have been an egg until my manager informed me that it was a coprolite which added a little, uh, excitement to the morning. 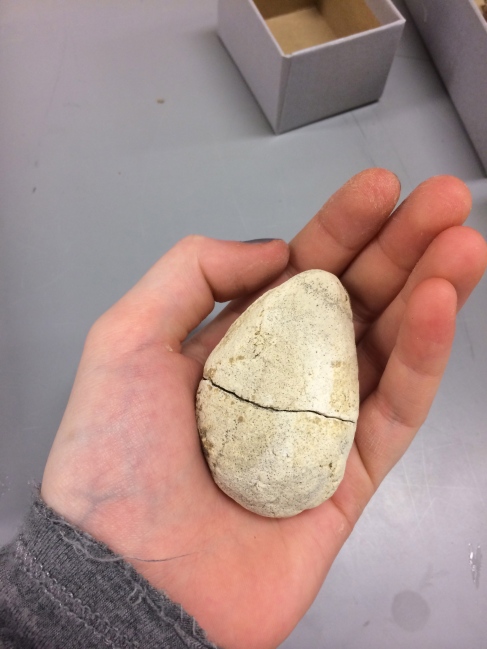 (Coprolite = fossilized poop, for those of you who don’t know. That there? That’s a turd.)

We spent the entire afternoon on Friday and today cleaning this massive pelvis. It hasn’t been identified yet, but my manager seems pretty sure that it’s a brontothere, which is a mammal from the Eocene that looks quite a bit like a modern rhino despite being a much closer relative of a horse. We’ve had a lot of scattered pieces of brontothere teeth, ribs, and even a few reasonably intact leg bones, so it’s definitely a possibility.

I talked about cleaning fossils in my last post, but apparently that sort of cleaning is reserved for the weaker bones. In this case, you wash it as usual in the big industrial sink, but for bigger, sturdier fossils, especially ones that are as caked in mud and sandstone as this one was, that’s only step one. While the matrix around it is still wet, you scrape off everything you can with a dental pick, and then let it dry overnight (or, in this case, over the weekend). Then you squirt it with acetone to dissolve any glue that might have been sprayed on it on-site to keep the fossil in one piece. 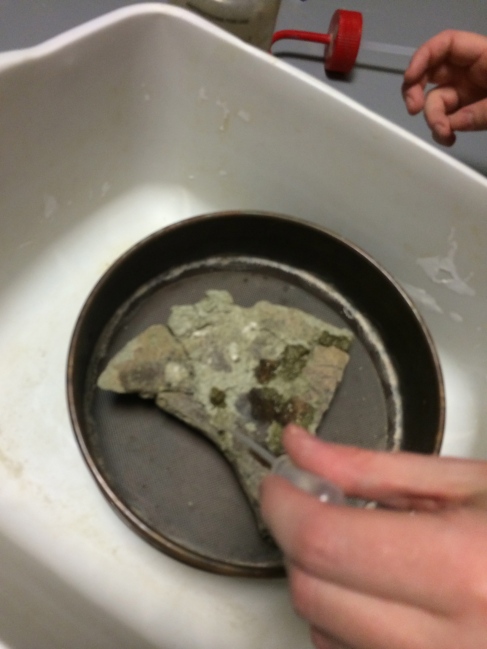 (Acetone is really intense and you have to spray it in the industrial sink because it will destroy the paint, the floors, your nail polish, and your soul)

Then you go at it with the dental pick again. Once everything that can be removed has been removed, there’s a chisel and a high-powered hose that you attack it with. We didn’t have to use the hose–since it’s so aggressive, it’s something of a last resort. After it’s at its best state, you rinse it in water, then in acetone again, then in water again. Then it has to sit for an hour or so (time for lunch break) and then we have to glue all the pieces back together that fell apart during cleaning. You end up with something like this:

(That’s the rib in front, for some scale)

Anyway, going into my last week here. The second of the two cousins that I’m staying with just started his spring break, so we’re going to a local ice cream place as a welcome home. Adieu,