A continuation of paddle work has ensued! I am now into the nitty gritty, shaping and working the transitions from the handle to the shaft, and the shaft to the blade. Mostly using hand powered sandpaper at this point, each session leaves my upper triceps aching. I am also making sure that the blade of the paddle is flat and symmetrical. This requires some more smoke shaving, the use of an orbital, aaand more hand sanding. 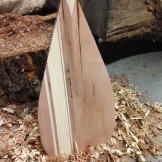 Friday morning we woke up early to catch the sunrise. The trail was called the Pillbox trail, taking us up a ridge on the East side of the island.  Hiking up in the near pitch black, we arrived at the top a mere 20 minutes later. The pillboxes located on the trail were previously used during World War II to track targets at sea and send locations for firing. They also gave way to nice seats for watching the sunrise. We decided, however, to walk just a little farther and grab a spot minus the twenty-five other spectators. Behind me in the picture on the right are two islands that are called the Mokes.

Later in the day we enjoyed a Hawaiian burger that included fresh pineapple, teriyaki sauce, lettuce, tomato, onion, swiss, and mayo. A crazy combination, that left us very content. Thanks to the waiter that insisted we try it (with added bacon!)!  There was also a quick stop to Waikiki Beach, to check that off my list. This is the beautiful, sought after vacation spot on Oahu. Gorgeous, but too crowded for my taste.

Saturday we went to check out the Swap Meet. This market place had over 400 vendors selling both original artwork and touristy souvenirs. In the central picture, the dark fruit is an avocado; it’s crazy huge! 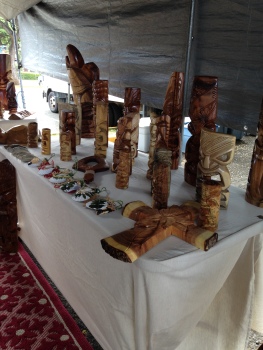 After picking out some souvenirs, we headed for the peaceful tranquility that the Byodo Temple offers. This temple was built to commemorate the first Japanese immigrants that came to the island. It is a small scale replica of the original in Japan, located at a United Nations World Heritage Site. You are invited to find a quiet place to meditate or just walk around and enjoy the temple and its grounds. 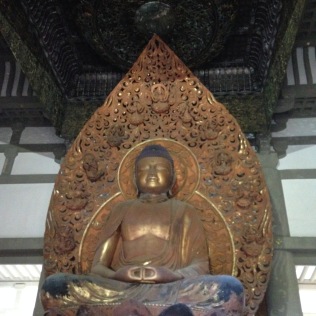 To really immerse myself in the habitat of Hawaii, my host family agreed to a camping trip! We slept nestled under an indigenous Acacia Koa tree. If there is a wood that understands the pulse of the Hawaiian people, it would be Koa. It was considered a wood of the gods, and is now protected due to over harvesting. I have been learning a lot about different woods through working on my paddle project. The mountains that we woke up to were stunning, and then we proceeded to make and eat eggs and spam for breakfast. Spam became popular during World War II and has continued to be a staple for the Hawaiian people. It’s pretty tasty! 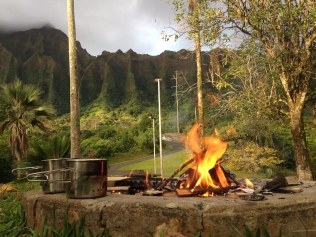 On one last note, beware of the bugs. This one is considered small!