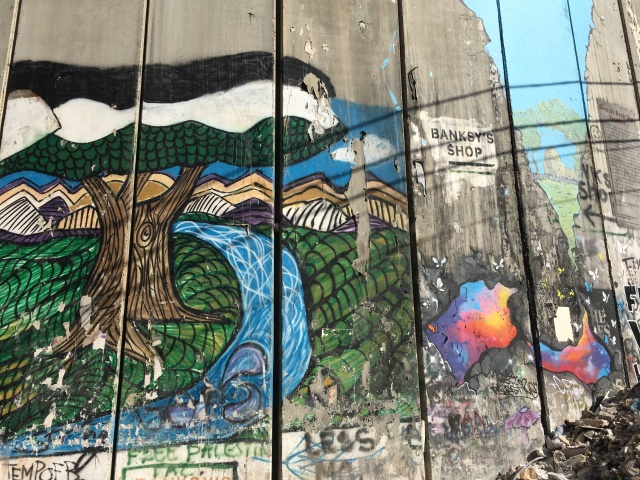 Today we toured the Separation Wall, which separates Israel from the West Bank. It was supposedly built along the Green Line, which divided Israel and Palestine in 1949, but significant parts of the wall actually cut into the West Bank. According to Wikipedia, only 15% of the wall is in Israel or on the Green Line. Our guide said the wall was extended into Palestine to encompass Israeli settlements, but the configuration ends up isolating a lot of Palestinians, cutting them off from the rest of the West Bank. The Separation Wall was built during the second intifada, when there was a wave of violence. Israel calls the wall a security barrier against terrorism, and terrorism has dropped since it was constructed. Some people, however, believe the wall does more to promote racial segregation than it does to decrease violence. According the one of our guides, the wall doesn’t stop people from getting into Israel illegally to work. The determined wall-jumpers just wait for the guard to walk by, climb up a ladder, and use a rope to get down the other side. One of our other guides disagreed, saying the wall is very hard to get over. It’s difficult to figure out what’s really going on. Either way, at this point most of the barrier is actually a fence.

Graffiti and stories of Palestinian people cover the wall. I have included pictures below. The writing is hard to decipher, but it’s worth the effort to try to read the powerful and important stories. As we were walking back to the bus, I heard music blaring from the other side of the wall. Apparently Israeli soldiers play it to be passive aggressive. It seems so strange to me that a bunch of teenagers blaring their music suddenly becomes a political statement. It feels like here everything is political.

Talking about the wall while Trump is president is difficult. Everyone over here brings up his plan to build a wall along the U.S. – Mexico border. The comparison is clearly relevant and scary, but it’s important not to equate the issues that cause some to think a wall is necessary. The walls are being built for different reasons, under different circumstances, and in completely different places. I’m not totally sure that I can tackle both at once. One thing does seem to be true in both cases. As John Oliver said, “If you build a 30-foot wall, all it’s going to do is create a market for 31-foot ladders.” 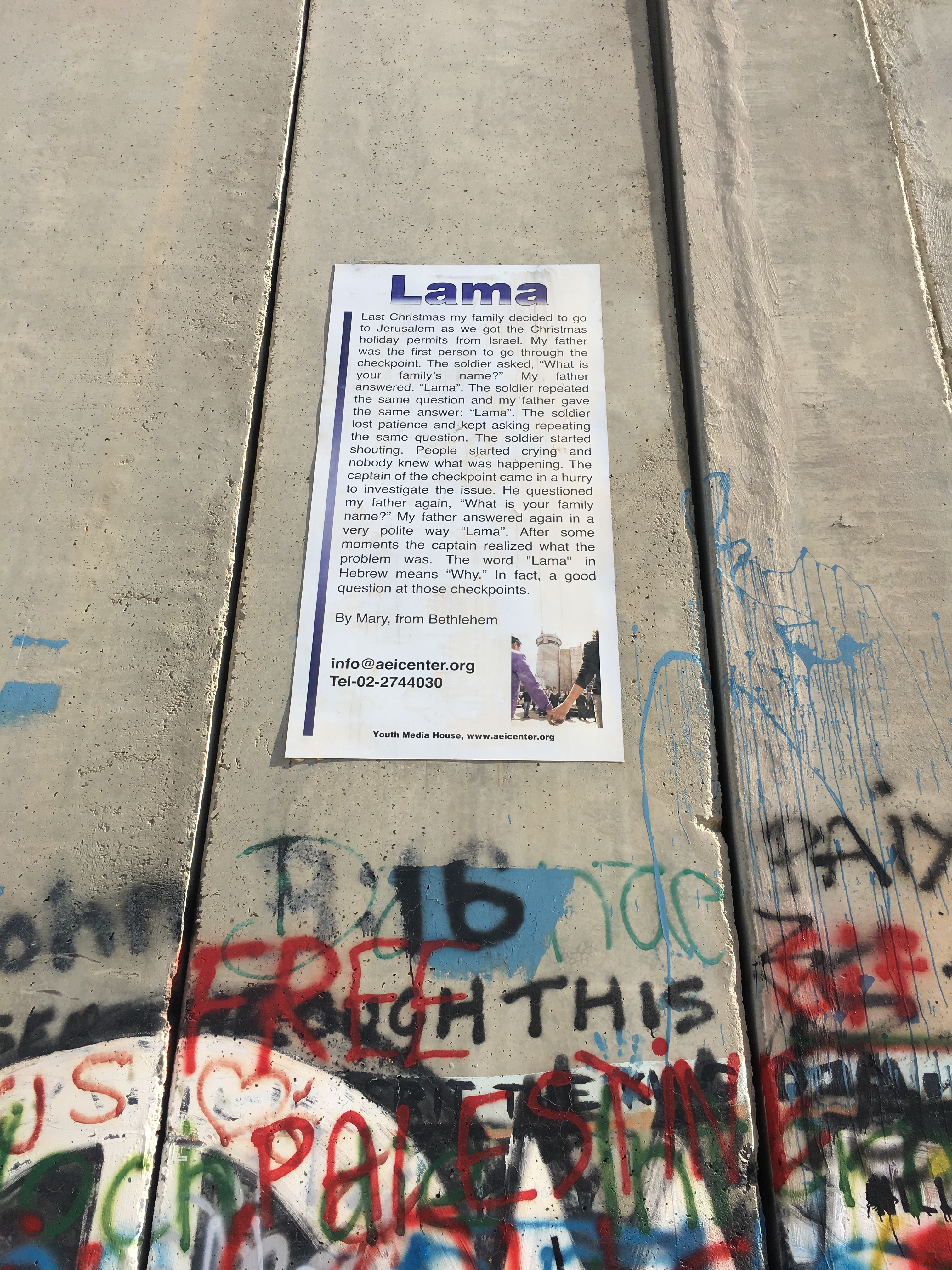 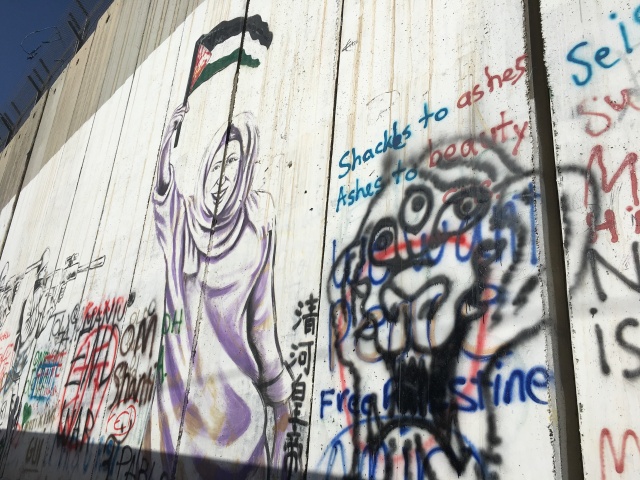