Hello again! I’m terribly sorry for the lack of blog posts! I’ve been travel through several rural areas of Ireland with horrible wifi and cell phone service. However, I’ve been writing my blog posts all along and now I’m finally able to post them! An important side note: the date that these posts were written will be listed first and followed by the day they were posted in parentheses.

Ireland is a lot more beautiful than I thought it was going to be. Before coming here I had this preconceived notion that in Ireland it was going to be constantly raining, drizzling at least, with cloudy skies, ugly green hills, and dark navy oceans. I was so terribly wrong. After landing in Dublin on March 5th my father and I embarked on our two-hour drive (on the “wrong” side of the road) past Belfast to Ballyclare to meet with my cousins Stephan and Stephanie Deyermond. Then as a group, we drove up to Port Rush and had a lovely dinner together. The following morning my father and I adventured to Giant’s Causeway. In my family, it’s a tradition to visit Giant’s Causeway when in Ireland. For those of you who don’t know, Giant’s Causeway, or simply the Causeway,  is a series of 40,000 interlocking basalt columns, which formed as a result of an ancient volcanic eruption. They are also infamous due to their hexagon pattern. Furthermore, Giant’s Causeway has been recognized as a World Heritage Site and national park.

After a beautiful walk down to the Causeway, I saw another path that extended beyond the actual site that traveled up the side of a cliff. I made my father climb this cliff out of sheer curiosity, but what we found was a place more beautiful than I had ever seen. The grass was a beautiful shade of kelly green, the ocean was a light teal color, and the rock of the cliff changed from a rusty and orange-ish red to black as it got closer to the sea. We had traveled to a cove known as the Amphitheater. While this cove was a much less traveled site due to the massive climb up the cliff, it was the most stunning image of raw nature that I had witnessed. It was in that moment that I felt like Ireland was going to be so much more important to me than I ever thought. 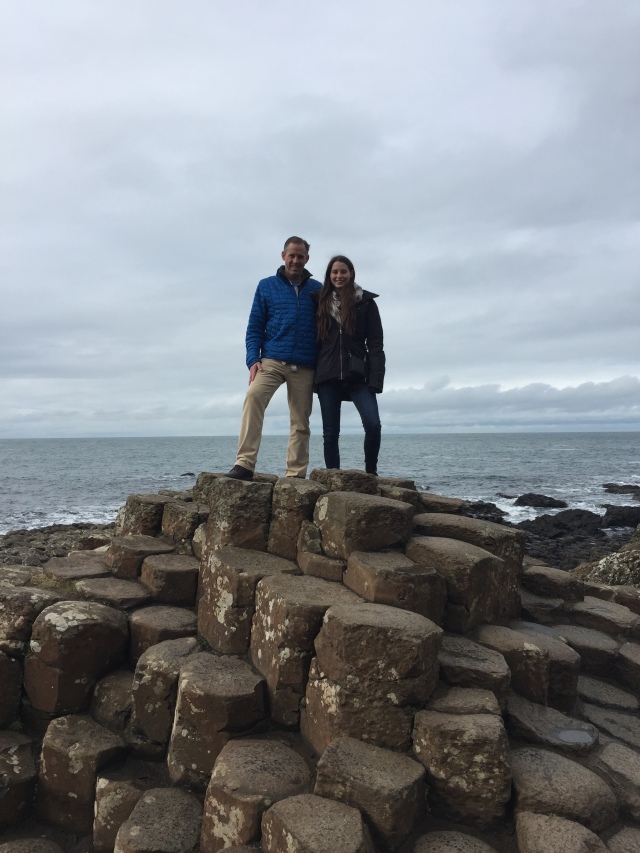 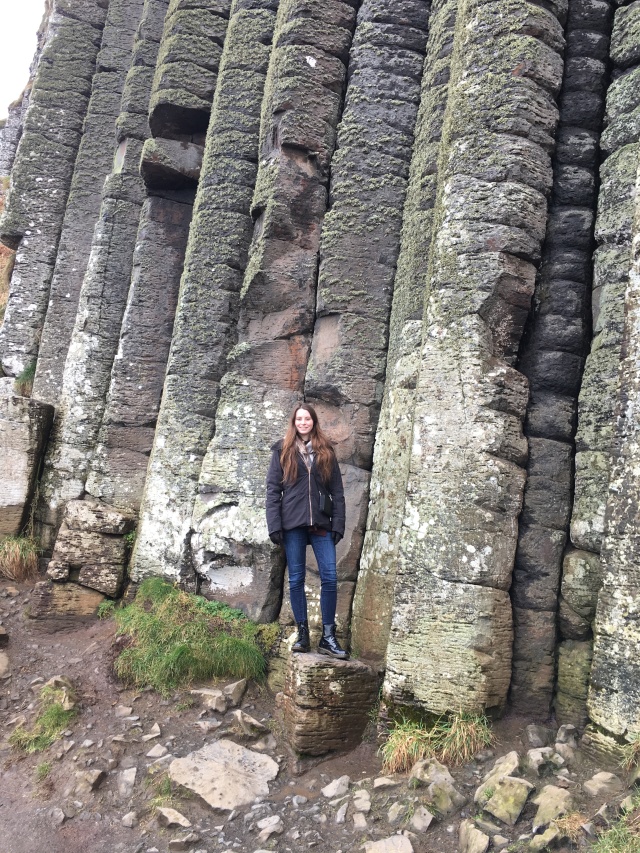 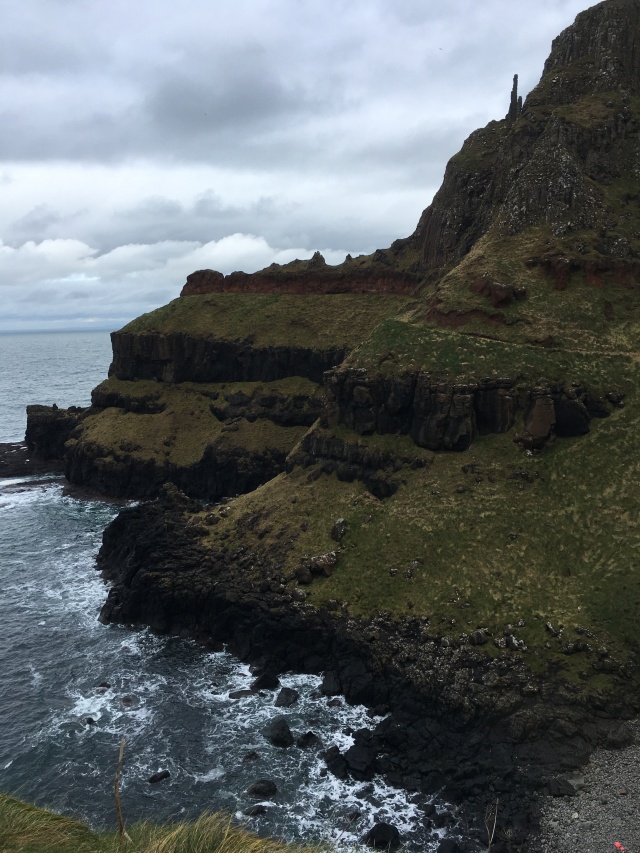 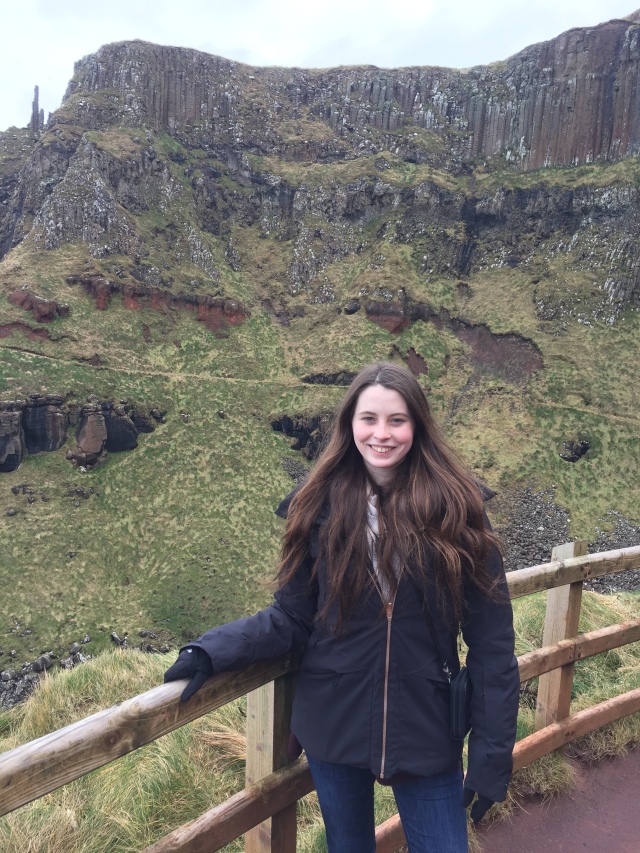 One thought on “Giant’s Causeway”