Everyone who has ever taken a Latin class, especially at Westtown, has talked at length about the eruption of Vesuvius, the city of Pompeii, and the Sibyl of Vergil’s Aeneid. Over the last 4 days we have spent around the Bay of Naples, we have excitedly been able to finally see all that we have spent so much time reading and talking about. 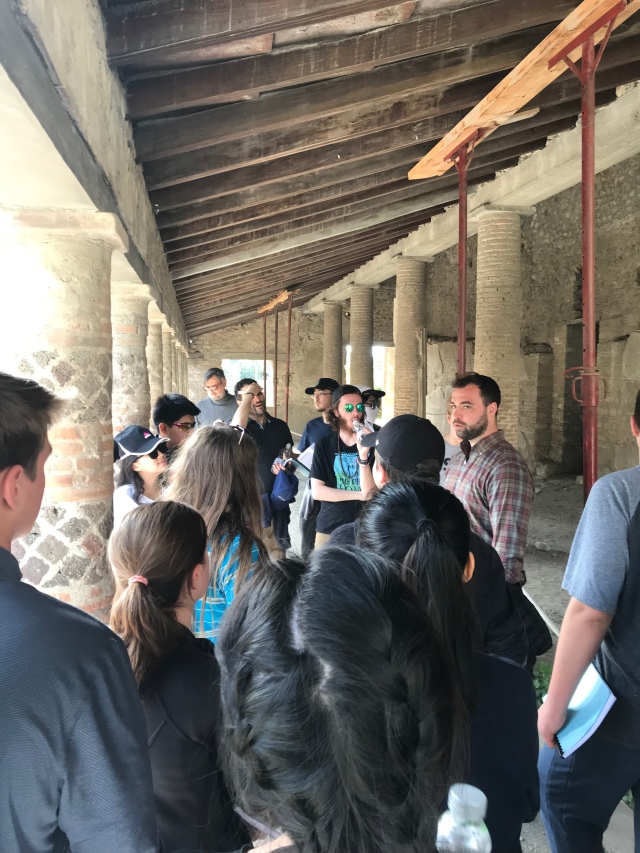 Early morning day 5, our Ferry landed in Naples and after a short breakfast we got right to work. First we went to the National Museum in Naples to see some beautiful works of art including a famous sculpture of Hercules, a magnificent mural of Alexander the Great, the Tyrannicides, and so much more! In the afternoon, we has the chance to see the ancient ruins of Herculaneum preserved by the 79 eruption of Vesuvius. After years of studying this, it was other-worldly to actually walk the same streets as ancient romans. It was absolutely incredible! 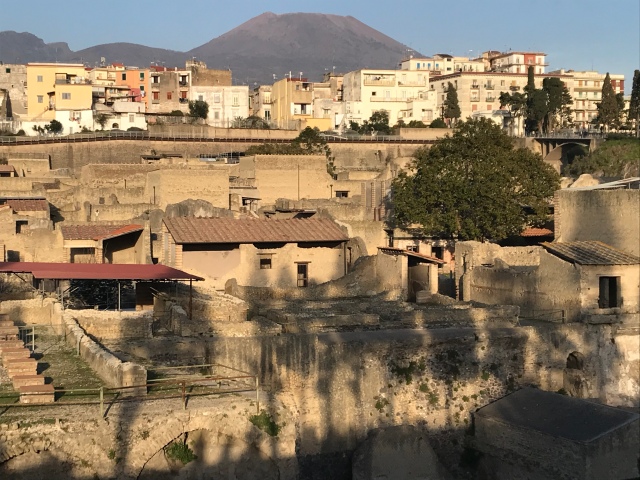 The next morning, we got to hike Mount Vesuvius! The view from the peak was unlike any other, surpassing anything I have ever seen before! And that afternoon we got to see the legendary city of Pompeii itself! As someone who has taken Latin for the last 6 years, it was greater than I ever imagined! You could even see the areas worn down in the streets by Roman wagon wheels thousands of years ago. And for anyone who has taken Intro to Latin, we got to see the house of the legendary Caecilius himself (an insider Westtown Latin joke)! 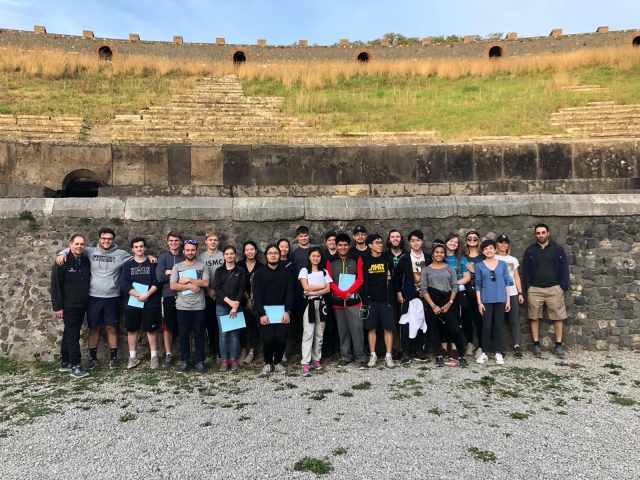 Day 7 was a nice relaxing day that we all needed. We spent the morning visiting a museum in Misenum which had some very difficult Latin inscriptions to read, in the afternoon we took a nice leisurely walk around a beautiful lake which is supposedly the entrance to the underworld, and in the evening we got to sit on he beach reading Latin passages from the Aeneid. A wonderful day, but what was really special is we had the chance to picnic at Teacher Dan’s family home in the Neapolitan area! We had some of the freshest mozzarella you could possibly find, and spent the early afternoon napping in the warm sunlight. A truly perfect day! 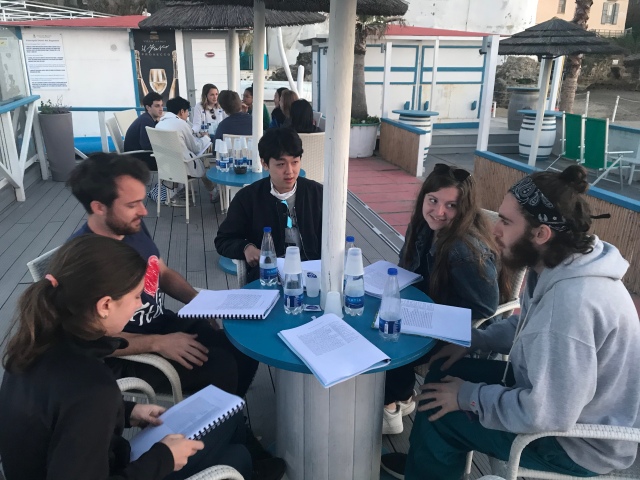 Our last day we spent the morning exploring the archeological site of the legendary Sibyl’s cave who took Aeneas to the underworld. We explored the eery darkness below and the beautiful fortress above. You could even see people riding chariots on the beach in the distance! Never thought we would see that! 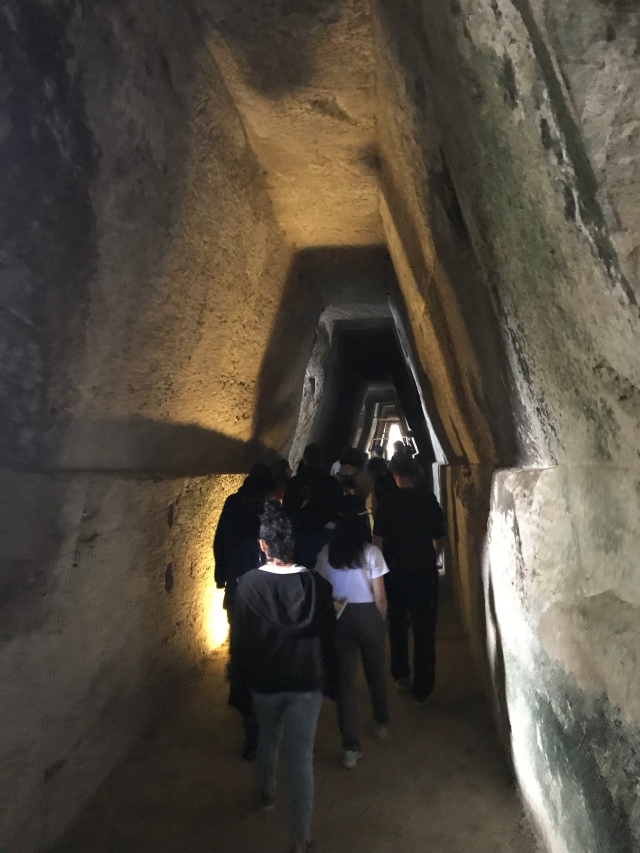 Our time around the Bay of Naples has really taken our Latin journey full circle. And now, as I write this, we are on the bus to Rome, excited for what lies ahead but sad that we are nearing the end of our journey.