Upon returning home from China and reflecting on the experience, I have come to realize that it was nothing like my expectations. The country and the culture surprised me in so many ways. Our journey began in Beijing, and the moment we stepped off the plane and walked outside we encountered a gray and smog filled sky. We were told that some of the children had never look up and saw blue!

During my time spent in Beijing there were definitely a few highlights. One of my favorite places we visited was an area known as the 798 Art District that was filled with galleries, sculptures, graffiti, cafes and people selling handmade things. We also found the cutest dog on the street there that we all wanted to take home. 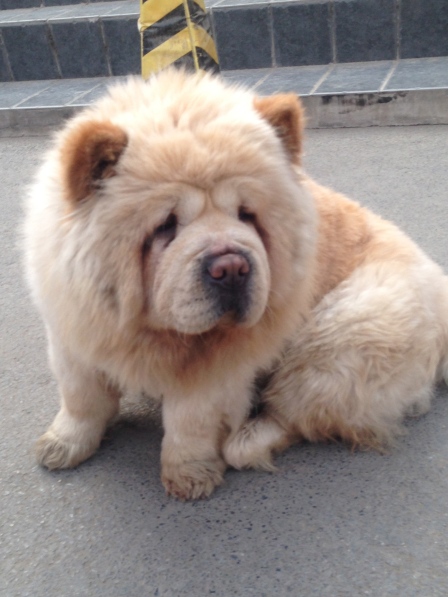 My second favorite part of Beijing was climbing the Great Wall. We all walked 1000 steps from the base to reach the Wall. Once we reached the Wall we were able to gaze out on the amazing view it provided and walk along it stopping at different watchtowers along the way while local people tried to sell us snacks. When it was time to leave we all tobogganed down to reach the bottom which I must say was scary and exhilarating all at the same time.

The food in Beijing was nothing like Chinese food back home. They served a lot of meat such as pork, beef, lamb, duck and chicken. They also served a good amount of greens, tofu, rice, soup and almost always gave us sprite, coke, 7Up and water. It was hard being a vegetarian over there but somehow I was able to survive thanks to the white rice and soy sauce! We were able to come across some American food places including Starbucks, McDonalds, KFC, DQ, and Subway.

Before we left Beijing we visited an orphanage for the visually impaired. The children were young, between 3-8 years old and some were taught by a high school student who was a missionary. We were able to bring them diapers and other daily necessities thanks to donations by friends and family of mine back home. It was an eye opening experience to see the joy on these children’s faces despite being in unfortunate circumstances.

Lastly, the people in China were not what I expected. Everywhere we walked we would see people spitting (we often had to dive to get out of the way!) on the streets and smoking cigarettes both in and out of restaurants. They would also drive on the sidewalk and honk at you if you were in their way. Sam would sometimes randomly dance on the streets and crowds would gather around and stare at him. People in China were extremely friendly and despite communication not being the easiest, we were usually able to exchange our ideas and convey what we wanted to tell them through a mixture of Chinese and English.