After months in contact we finally met…. Cassie Hughes!! She graduated WT class of 1996 (when Paul was a freshie). She greeted us with her adorable (and very soft) puppy, Romeo. After introductions, we were on our way to Nature Bridge. We drove over the Golden Gate, but there was too much fog and rain to see the ocean. We could still look up, the edge of our vision catching to top of the Golden arches (not McDonald’s). Immediately outside of the bridge, Marin Headlands begins. It’s a national park, which was reserved in 70’s. It’s amazing that just 10 minutes outside the city, we felt like we were entering Jurassic Park. 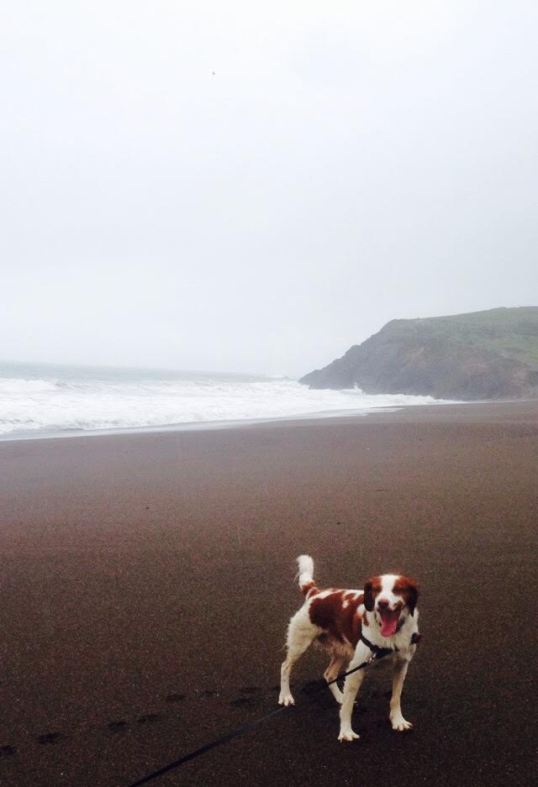 It really did look that way too; past the bridge, we went through a dark tunnel at the base of one of many small mountains. The road appeared to travel through a canyon in the middle of all these green ridges, each topped with mysterious fog. Once we arrived at Nature Bridge, Cassie walked us (and Romeo) to the beach and explained her organization. Nature Bridge works cohesively with the Parks Service as a non-profit, educational, “camp” of sorts. They strive to bring an awareness of the beauty and power of nature into city schools. A group of interns at Nature Bridge are a part of TEEM- teens educational environmental mentorship… Many of the teens we met with said that prior to Nature Bridge, they had not been to been to Marin Headlands and were surprised by the beauty of a town so close to them. Together we brainstormed “what we know” about the Pacific Garbage Patch, Trawling, oil spills, and what we can do to fix it. This also led us to discuss what we wonder about each of the topics. I was impressed by all of the information and ideas being bounced around by each students and the passion they talked with. We then watched videos about the Pacific Plastic Garbage, and a Ted Talk on a proposal on how to efficiently clean up all of the plastic. The TEEM split up into groups to play games with the younger kids who were camping there. Later we went to the touch tank room and fed sea stars (which are not called star fish because they were proved to not be fish), sea urchins, eels, crabs, sea anemones, and more, where we met with Cassie again. 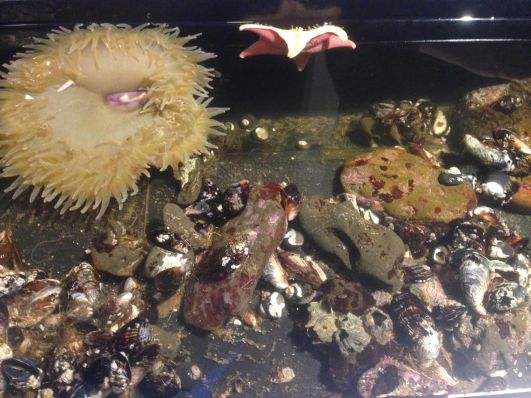 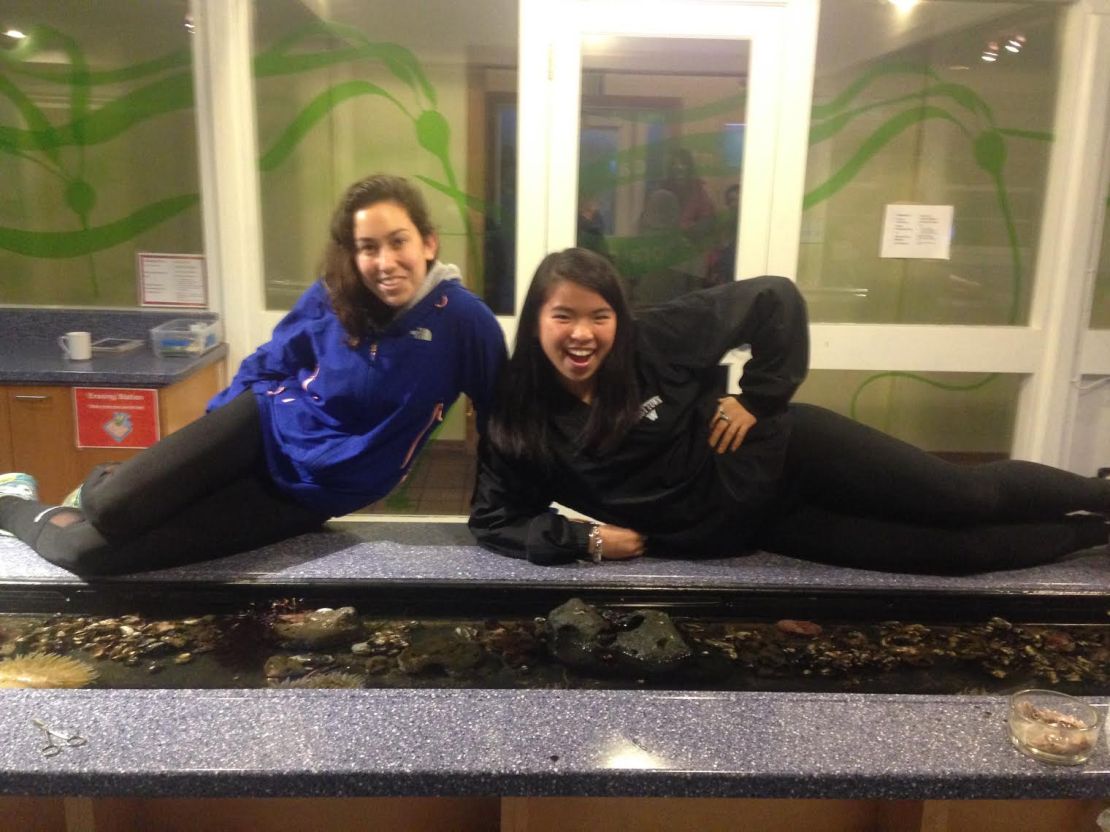 Before we left, we had a chance to talk freely with Marissa and Katie from TEEN. They told us about all the opportunities they’ve received through Nature Bridge. Although they mentioned the great teachers, mentors, hiking trips, and study topics, they were most grateful for the program as a community. Also, Marissa and I both love Chance. Our talk with them confirmed what Lily and I had been thinking; that Nature Bridge is a near perfect organization. When taking to Cassie, she told us about how NB does outreach and scholarship programs, so the demographics of the Bay Area match the demographics NB serves. They found a way to make sure EVERYONE has access to the natural environment, as well as involved teachers, interesting curriculum, opportunities for research, paid internships, and a strong community. This kind of educational program elevates environmental issues in a way that involves more than just elite white conservationists. This kind of environmental and social good is exactly what we need to build a more conscientious and aware community.