In the last few days, we visited a variety of wonderful places such as Vatican City and Pompeii. (I was originally inspired to write a paragraph on our exhausting yet rewarding visit to Vatican City. However, I found that T. Ted have already wonderfully summarized our experience in a detailed and lively manner.)

“We had a very tiring, but also exhilarating day at the Vatican yesterday. We first spent some time in St. Peter’s Square before we headed into the Basilica. There are no words to accurately describe being in St. Peter’s Basilica. It is truly an awe-inspiring experience. The artistry and grandeur of the place leaves one breathless. To think of the devotion and faith that led people to create such a thing boggles the mind. We then made our way to the Vatican Museum. Once again, students were able to see one masterpiece after another—Michelangelo, Raphael, ancient sculptures, intricate tapestries—we saw them all. The culminating experience of the Vatican Museum is the Sistine Chapel. One could spend hours there scrutinizing the nuances of Michelangelo’s depictions from scripture. When we left the museum, there seemed to be a shocked silence that fell over the group. We were all physically exhausted from having walked so much, but it is equally mentally exhausting to take in so much beauty and splendor.” 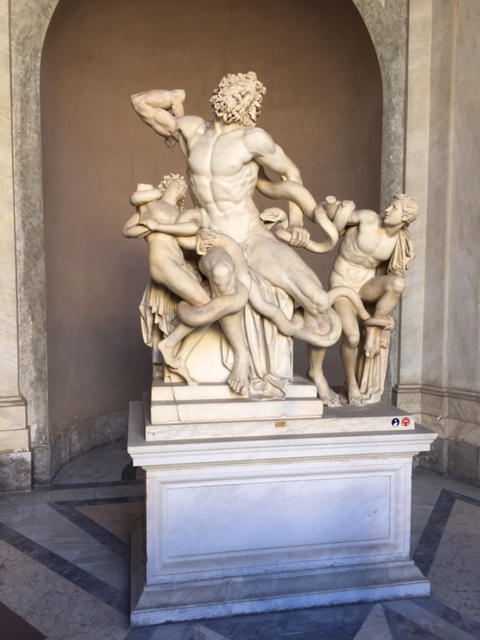 The last day of our Italy Trip started with our transfer from Rome to Pompeii. Waving goodbye to the vibrant city Rome, we left with amazing memories and anticipation to another ancient city, Pompeii. Despite the three-hour ride, everyone felt energetic and ready to explore the stories once happened in the city of Pompeii, an ancient Roman town-city near modern Naples. The city was destroyed and covered with ash and pumice as Mount Vesuvius erupted in 79 AD. We met an awesome Italian tour guide; as a third-generation tour guide, he impressed everyone with his humor and charisma, giving us an unexpectedly intriguing introduction of Pompeii. Through his introduction, we acknowledged the connection between ancient Roman Empire and the current United States such as the eagle symbol, the architectures, and the usage of Latin texts. We were surprised to know that this roman city could survive for a while because of food, wine and sanitation. The explicit expression of sexual needs in Pompeii can be seen from the paintings and carved decorations in the prostitutes’ houses. We did our last Latin translation at the very end of this tour. From reading the passage, we had a peek of the historical events happened to Pompeii and the destruction of the town left by the eruption of a nearby volcano. During this trip, we walked and laughed, exhausted but still felt satisfied. As this trip is about to end soon, we again feel appreciated to have a chance immersing ourselves to a Latin culture and witnessing the masterpieces left in this country. 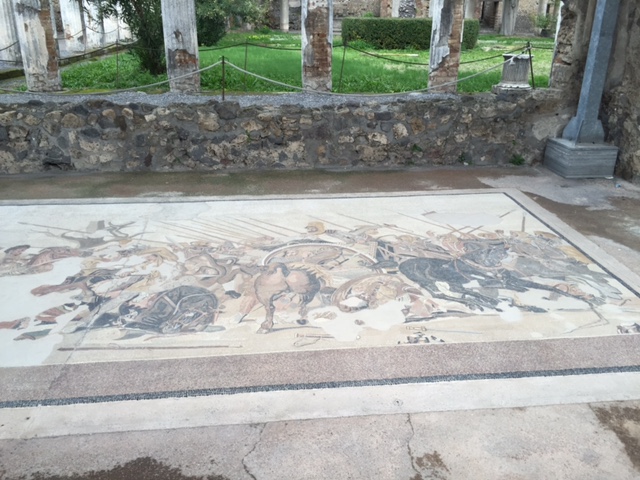 In conclusion, this trip is wonderful! Even though none of us expected that we had to walk ten miles on average each day, every member and teacher in our group shared tiredness and joyfulness as a team. We hardly complained about anything, for we stayed together both physically and mentally throughout the trip. Furthermore, not only do we amaze at the brilliance and splendor of Romanian arts, sculptures and architectures, but we also enjoyed the food and the free time we spent together: I simply loved the enthusiastic and collaborative energy of our group. This is probably the most amazing aspect of group traveling.

Wish you joy reading my blogs!

A few days ago, we visited ancient Ostia, a port city of Rome at the mouth of the Tiber River. This site is extremely similar to Pompeii, as described by T. Ted, but it tends not to attract as many tourists as Pompeii does. We were given a few hours of free time to roam and explore in this ancient city, and we found some abandoned underground tunnels that led to different locations of the site. We congregated in the theater of Ostia to watch a scene selected from an ancient play written by Plautus. Performed by two of our students, Tom and Drew, their act attracted some groups of tourists who happened to be there and gained applause for their energetic performance! 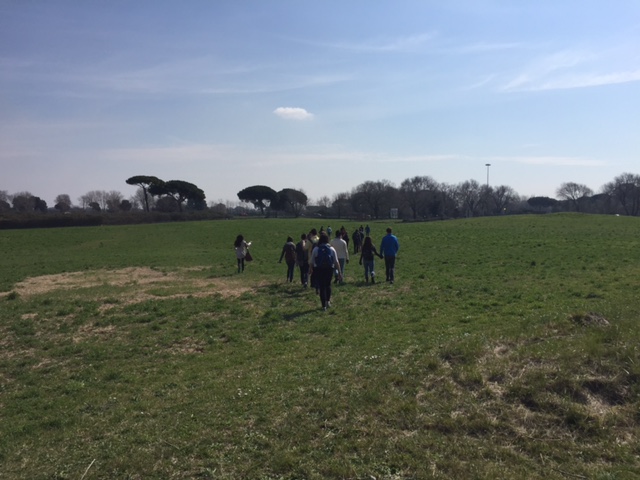 Moreover, it deeply resonated with me when I saw the tomb of Percy Bysshe Shelly at Protestant Cemetery. Coincidentally, we read a poem from Shelly, of which I wrote an explication in my British Literature class with T. Ellen in my junior year. While visiting the tombs of British poets, I was surprised that I already had sufficient knowledge in the field of British history and poetry. Traced back to the moment when I decided to take British Literature during my junior year, I took it out of curiosity and never expected I would ever use this knowledge, for my interest lies more in math and science. This visit, however, reminded me of the importance of obtaining a wide range of knowledge rather than always specializing in one field. Some information that seems to be trivial might unexpectedly be useful, giving me a much more matured perspective to approach various things in the future.

We met with T. Eric Mayer, our previous principle but a current teacher at St. Stephen’s school. St. Stephen’s is an international school that is located in the heart of Rome. As we arrived at the library of this school, we were invited for coffee and conversation with the students there. It was surprised for me to know that T. Megan Rose was also a teacher at this school, and during our visit, she met with a student whom she taught a few years ago. It is always exciting to see familiar faces (Westtown faces!), especially when we are visiting such a distant place from Westtown.

I am looking forward to spending the last two days with this group!

Greetings from Rome! In these two days, we visited the Roman Forum. The Roman Forum is a prestigious historical site that includes critical government buildings, communal infrastructures, and religious temples at the kernel of Rome during its heyday. Most of the buildings, however, were partly destroyed in 410 CE when the Ostrogoths of Alaric sacked the town. The ruins left cannot conceal the magnificence and dignity of the site still shine. While vising the site, I immediately recalled the stunning similarity between the Forum and Chinese Gardens of Perfect Brightness, built at the mercy of the Emperor but destroyed and sacked by British and French armies in 1860. These sites always created a huge impact on me, as I am able to witness both the past prosperity of the places and the vicissitude of the world. 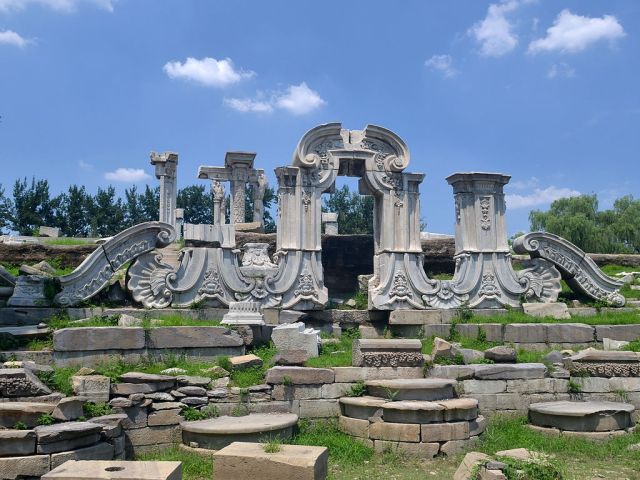 A significant challenge for me (or probably everyone in our group) was to envision the original appearance of the remains. Since all buildings were badly destroyed, I bought a book that represents the reconstructed view of the buildings. In the following photos, I will show you both the original and current views (shown in my book) of the remains. 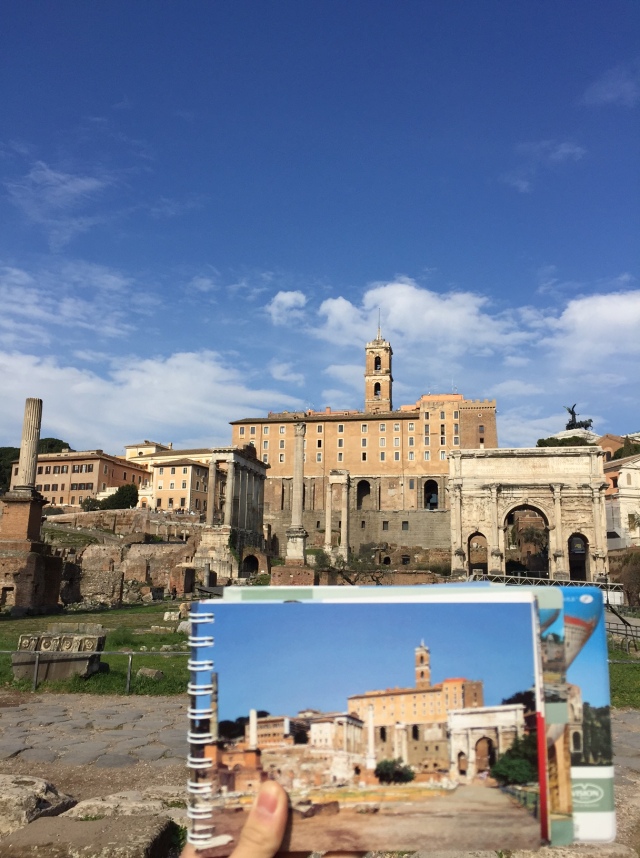 Fun fact: Yesterday, we had a short Meeting for Worship at the San Luigi dei Francesi Church in Traverstere! However, it was hard for me to concentrate and settle down, because the walls in the church were so flamboyantly adorned. At that instant, I suddenly realized why Quakers promote austerity and why Quaker Meeting House generally adopts a humble architectural style. Being less distracted helps people to focus better.

Hi! My name is Yuguang (Joe) Zhu, a senior from Westtown School. I am honored to be a blogger for the Italy Senior Project, and I believe I will bring a vicarious experience to you through my concise description of our tour. The Italy trip is a cultural immersion project that will not only intend to expose students to the Italian cultures, but also provide them with a living Latin experience. I am extremely excited about this trip, even though I have been to Italy once. Last time, I stayed with my family in Rome for only a day, so we did not obtain a holistic view of the city. This time, I hope I can delve into more historical, cultural, religious and artistic sites to learn about more cultural pieces and nuances of one of the world’s most famous cities.

Now, let me start out by sharing a few exciting moments during the first day of our trip: 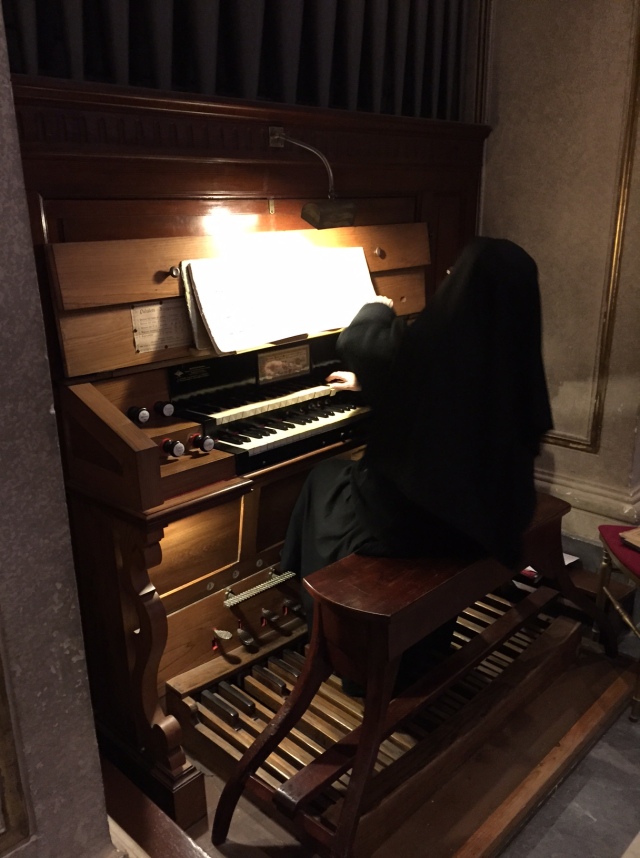 I am looking forward to the rest of the trip!